View cart “Nanna Parni Shaale” has been added to your cart. 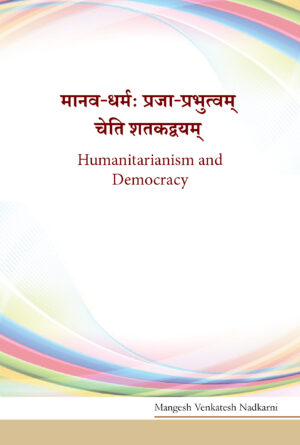 These Satkarnas are Prof Nadkarni?s passionate plea for an authentic democratic order which guarantees the rights of every citizen while each citizen participates in it being fully aware of his / her duties. The complementarity of rights and duties is shown to be the essence of genuine democracy.