View cart “A Concise Textbook of Drug Regulatory Affairs” has been added to your cart. 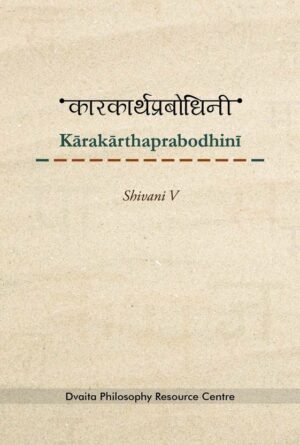 Kaumud? (water lily) is the primer to study Sanskrit grammar, yet an ardent reader might find it a maze to untangle from its complexities. There is a need of Kaumud? (moonlight) to blossom it and show the light to reach its core. K?rak?rtha-prabodhin? is such an attempt. K?raka, a factor that determines the relation between verb and the constituent words of a sentence, enables the reader to understand the intent of the sentence and thus critical discourses too. The Sanskrit grammatical texts and discourses have elaborated on the subtleties of K?raka. Due to its profundity, there was a need for a lucid writing for the scholars and students for easy comprehension, which can be a reference book. Dr Potti made this possible for the Malayalam readers. Dr Shivani presents it for the Sanskrit fraternity too, with an introduction by Dr Varakhedi.