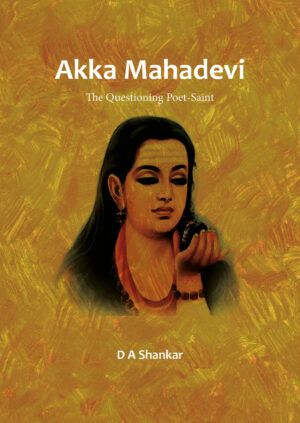 This book presents the mystical ruminations and literary excellence of Akka Mahadevi, the earliest example of a gender-liberated woman writer, credited with the composition of over four hundred and forty remarkably self-explorative Vachanas. Akka Mahadevi represents a powerfully authentic female voice of the radical, egalitarian Sharana Movement, which questioned the socially established barrier between genders and ushered in a world of socio-cultural equality.

In this book, the author explores the questioning spirit intrinsic to Akka Mahadevi’s life and writings, as she questions the widely held conventional norms: the traditional husband-wife relationship, her parents, elders; she questions Basavanna and Allama for their habituated patriarchal manner of speaking, and she bravely questions her personal deity whom she loves and adores. Apart from discerning a credible ‘history’ and background to Akka’s works, this book makes available a rendition of her selectively profound and memorable Vachana in modern English, that crosses the ?the gulf of language and the gulf of time.