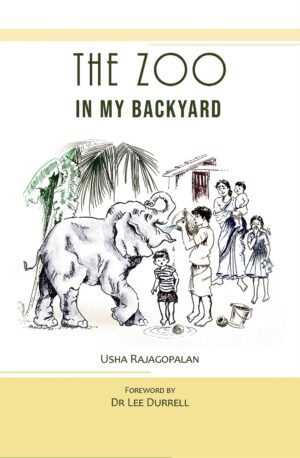 The Zoo In My Backyard

What can you expect in a family of quirky adults, hyperactive children, and an assortment of pets? The author and her siblings shared their childhood with Kesavan, the incorrigibly curious black monkey; Judie, the nimble giant squirrel; Mini, the shy mouse deer that strayed; Psitta, the cackling parakeet; Devil, the runaway hound and many more creatures great and small. The adventures of the children and antics of their pets, together with the adults in the family make for a whole lot of fun and laughter ? not just in the backyard but indoors as well.