View cart “The Practice of Geopolitics” has been added to your cart. 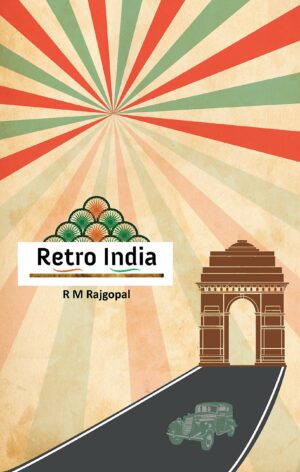 Retro India is, in essence, a trip down the memory lane, meandering through the sixties, seventies, eighties and nineties of the twentieth century. Today?s youth would battle with the fact that India had experienced a sweeping change from what it was in just as recently as thirty years ago. What kind of a moribund economy could engender a continuing state of shortages, high inflation, low growth, a paucity of jobs, rampant smuggling, and a foreign exchange situation that was perpetually perilous! It took major political and economical transformations to remove the shackles that then bound the economy. This narrative provides a clear bridge between the then and now for the younger generations. And for the older reader, it provides a heap of nostalgia. In the latter half of the twentieth century, the changes in India have been vast and comprehensive. In these decades, economic indicators such as India?s growth in GDP rate, the proliferation of the number of Airlines in the Indian skies, the multiplying of car models, the flourishing of telephone connections and moving on to the world of mobiles, televisions going colour from black and white to operating with over a thousand channels, India turning digital, and so on clearly directs that India had taken a crucial turn in its history. India has changed. And how! The Indian consumer grins. This is notwithstanding the fact that poverty is endemic and the gulf between the rich and the poor