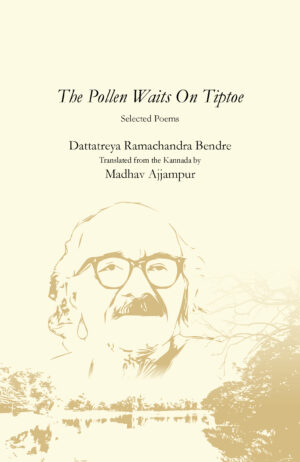 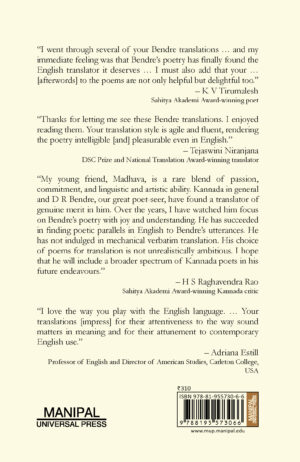 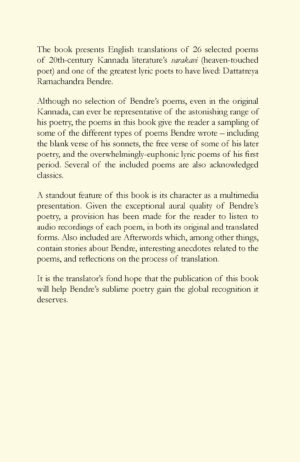 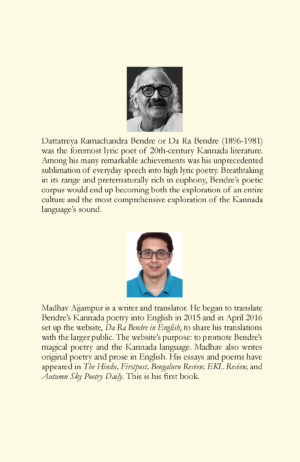 The Pollen Waits on Tiptoe

The book presents English translations of 26 selected poems of 20th-century Kannada literature’s varakavi (heaven-touched poet) and one of the greatest lyric poets to have lived: Dattatreya Ramachandra Bendre.

Although no selection of Bendre’s poems, even in the original Kannada, can ever be representative of the astonishing range of his poetry, the poems in this book give the reader a sampling of some of the different types of poems Bendre wrote – including the blank verse of his sonnets, the free verse of some of his later poetry, and the overwhelmingly-euphonic lyric poems of his first period. Several of the included poems are also acknowledged classics.

A standout feature of this book is its character as a multimedia presentation. Given the exceptional aural quality of Bendre’s poetry, a provision has been made for the reader to listen to audio recordings of each poem, in both its original and translated forms. Also included are Afterwords which, among other things, contain stories about Bendre, interesting anecdotes related to the poems, and reflections on the process of translation.

Interested overseas customers may write to us at mup@manipal.edu about purchasing the book.