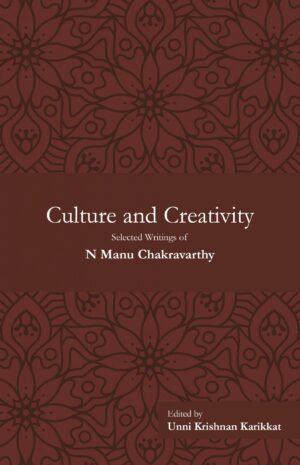 Culture and Creativity is a collection of essays of N Manu Chakravarthy, a prominent culture critic known for his discourses on music, cinema, literature and several aspects of culture and philosophy. This book illustrates the intellectual and ethical perspectives that shape his discussions on wide range of issues. These discussions are reflective of the inspiration he draws from his father Prof G N Chakravarthy and his teachers Prof C D Narasimhaiah, Prof U R Ananthamurthy, and Prof B Damodara Rao. The ideas of Ivan Illich and Noam Chomsky, and his friend D R Nagaraj are also instrumental in framing the critical nature of his interpretations. The essays in this book encompass Prof Manu Chakravarthy?s perspectives on religion, secularism, tradition, and modernity. The references to Sri Narayanaguru, M K Gandhi, Rabindranath Tagore, and the interview with Gustavo Esteva, evince his preoccupation with madhyamamarga. They also foreground his views on nationalism, metaphysics, media, politics and the crises of the third world and India in a globalised context. This work is a testimony to the form of scholarship he values.